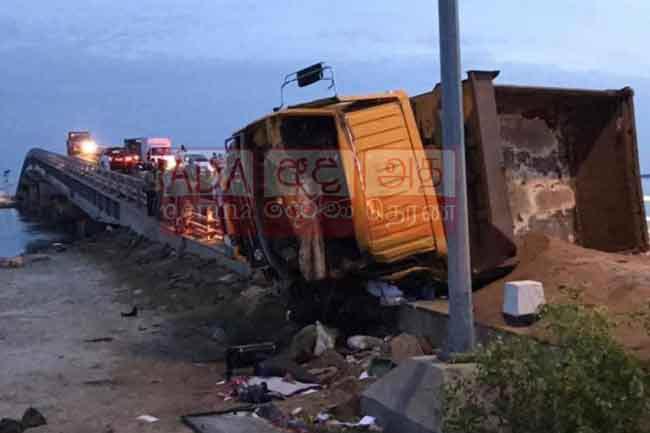 Four individuals including two independent candidates of the upcoming general election have been hospitalized over a motor accident in Pooneryn, Kilinochchi.

A three-wheeler and tipper truck had collided with each other near the Sangupiddy Bridge in Pooneryn, last evening (08).

The two drivers of the vehicles and two independent candidates of General Election 2020 who traveled on the three-wheeler have sustained injuries in the accident.

The injured have been admitted to the Chavakachcheri Hospital before being transferred to Jaffna Hospital for further treatment.

Chavakachcheri Police have launched further investigations into the matter.