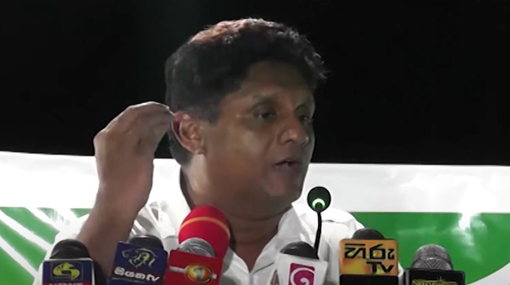 Sajith stresses on death penalty against those engaged in terrorism

The death penalty should be given to all those who are involved in terrorism, irrespective of their race or religion, says the leader of Samagi Jana Balawegaya (SJB) Sajith Premadasa.

He made these remarks during a political rally held in Maho.

“Just because one LTTE member murdered my father would I get cross with the entire Tamil community?”

Speaking further he said the Easter Sunday bomb attack is an act of terrorism executed by a small extremist faction of this country.