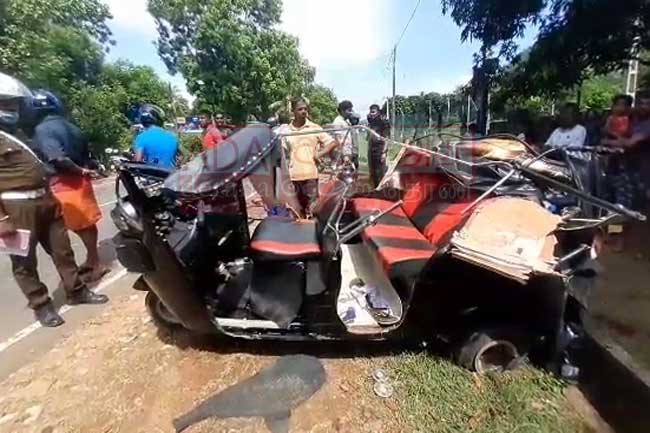 Three persons have been reported dead in a tragic head-on collision involving a lorry and a three-wheeler on the Wellawaya–Monaragala main road.

The accident had occurred at around 10.00 am this morning (10) in the area of Warunagama in Wellawaya, according to the Ada Derana correspondent.

Another individual has sustained critical injuries in the accident, reports said.

A three-wheeler had collided head-on with a lorry near the army camp in the area.

Three persons who were traveling in the three-wheeler including a woman were rushed to the Wellawaya Hospital following the crash, however they were pronounced dead on admission.

Another persons, also a passenger of the three-wheeler, was admitted to the Wellawaya Base Hospital for treatment and later transferred to Monaragala Base Hospital.

The deceased are residents of Anapallama in Wellawaya.

Police said that careless driving by the lorry driver had resulted in the accident.