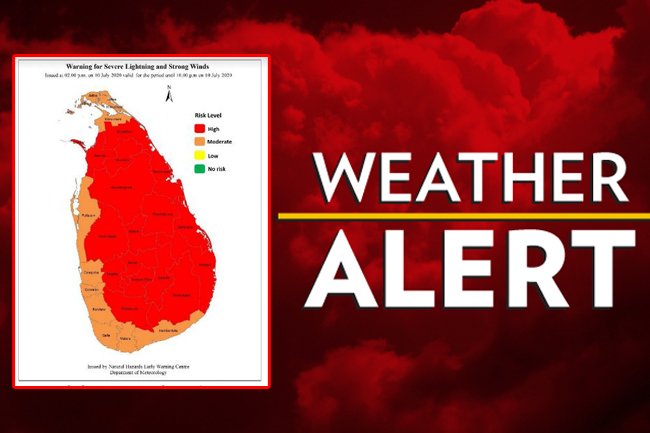 Thundershowers accompanied by severe lightning are likely to occur at several places in Eastern, North-central, Central, Uva, North-western and Sabaragamuwa provinces, the Department of Meteorology said.

Fairly heavy rainfall about 75 mm is likely at some places in the above areas, it said issuing a warning.