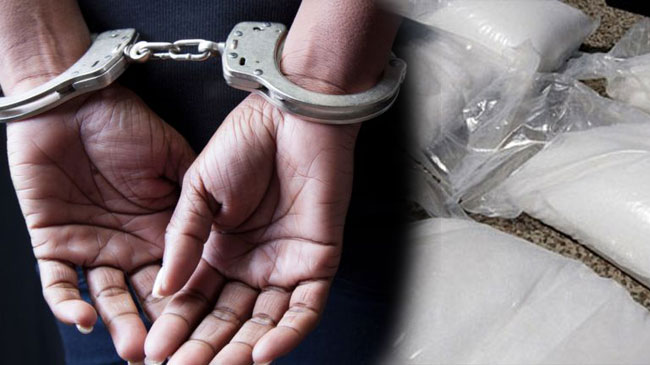 A woman has been arrested while in possession of around 1.3 kilograms of heroin at Kelanimulla in Mulleriyawa.

Police said the drug haul was discovered based on information revealed by a suspect being interrogated under distention orders.

An individual had recently been arrested in Kelanimulla with a haul of drugs while he was detained and interrogated as permitted by the court he was produce before.

Upon interrogation, the suspect had divulged that his mother was also involved in the drug trade.

She was subsequently arrested and interrogated, during which she revealed information regarding the heroin buried in their home weighing 1 kg and 300 grams in total.