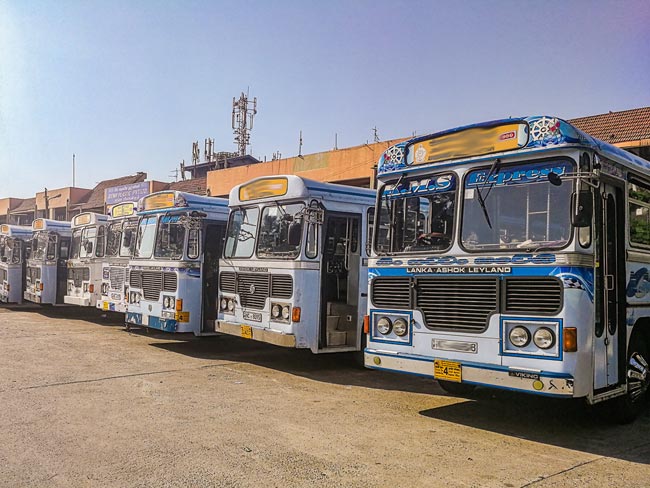 All Ceylon Private Bus Owners Association stated that the scheduled strike of private bus operators has been temporarily called off.

All Ceylon Private Bus Owners Association Anjana Priyanjith said that the strike will be re-launched if their issues aren’t resolved within a week.

Private bus unions had previously scheduled to launch a strike at midnight today (12).

However, following a discussion with the Minister of Passenger Transport Services Management Mahinda Amaraweera yesterday (11), the unions have decided to call their trade union action off temporarily.