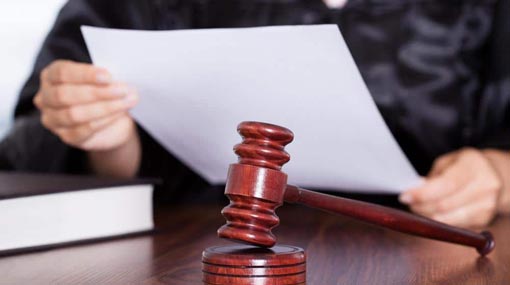 This is seeking a court order to cancel the summoning order issued on them by the Presidential Commission of Inquiry on political victimization.

Previously, 17 parties, including Dissanayake and Abeysekara, were issued summons to appear before the Presidential Commission regarding the complaint lodged by Chairman of Avant-Garde Nissanka Senadhipathi on the alleged loss incurred by his company due to arbitrary takeover.

Petitioner Anura Kumara Dissanayake points out that as per the gazette issued on the Presidential Commission of Inquiry in question only has the power to inquire into complaints submitted by public servants.

As the Commission has no power to inquire into the complaint lodged by Senadhipathi as he is not a public servant, the document summoning him to appear before the Commission is invalid, the petitioner claims.

Thereby, the petitioner requests the court to issue a court order declaring the summoning order issued on them over the matter, invalid.

Anura Kumara Dissanayake further requested the court to issue an interim order suspending the inquiry into the complaint made by Senadhipathi.