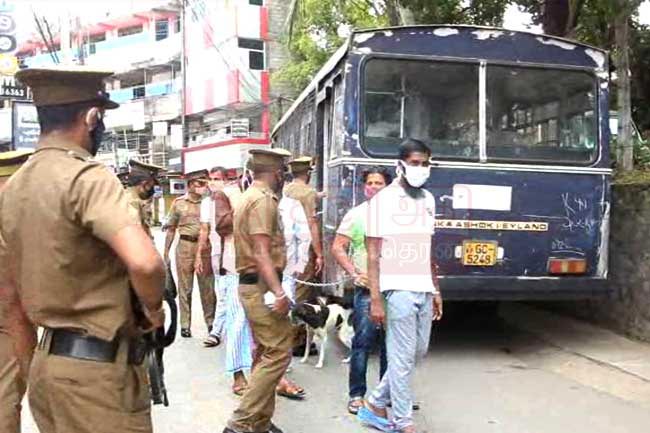 Thirty-six suspects arrested for allegedly vandalizing several Buddhist statues in the Mawanella area have been further remanded until July 27.

The Mawanella Magistrate delivered the order when the suspects were produced before the court today (13).

Sixteen of the suspects are currently detained at the Kegalle Prison while another 13 are at the Pallekele Remand Prison.

The suspects were taken into custody following the investigations carried out in January 2019.

Interrogations into these suspects, who were arrested last December, had led to the seizure of 100kg of explosives in the Wanathawilluwa area.