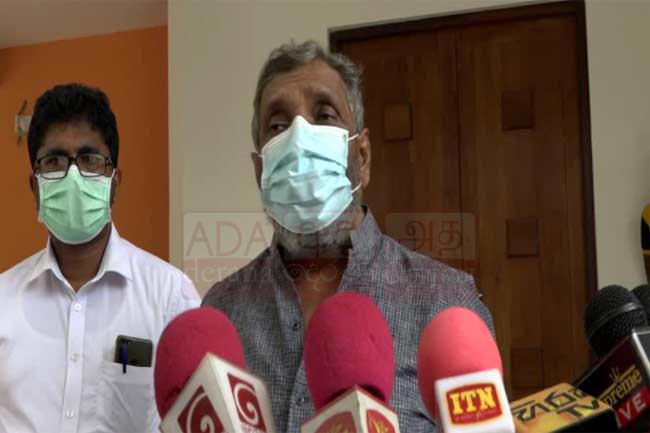 Deshapriya on why Rajanganaya postal vote was postponed

The postal vote in the Rajanganaya area was postponed due to the quarantine of the government officials in Rajanganaya, Chairman of the Election Commission Mahinda Deshapriya said.

He mentioned this to the media following a discussion held at the Vavuniya District Secretariat today (13).

Deshapriya said that the postal vote of health officials and public health inspectors in the area had to be managed in this manner as the relevant officials are currently engaged in monitoring quarantine processes and serving the public.

However, the postal voting would immediately resume as soon as the 14-day quarantine concludes, he added.

The Chairman further stated that the Commission requests for the health guidelines to be followed during the election to be gazetted without delay.

If not holding the election would be difficult, he emphasized.