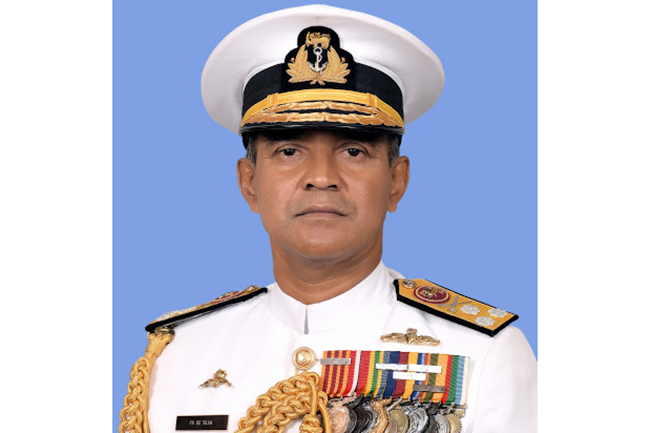 Outgoing Navy Chief promoted to the rank of Admiral

The promotion will be in effect from today (14), the spokesperson of the Navy Lieutenant Commander Isuru Sooriyabandara said.

He took charge as the 23rd Commander of the Navy on the 01st of January 2019 and was promoted from the rank of Rear Admiral to the 3-star rank of Vice Admiral on the same day.

The Navy Commander who fought fearlessly to defeat 30-year long terrorism has been accoladed with several gallantry awards including Veera Vickrama, Veera Vibhooshana, RanaWickrama, Ranashoora and Vishishta Seva Vibhooshana during his illustrious career.

The Outgoing Navy Chief is scheduled to call on the President, the commanders of the Army and the Air Force and the Police Chief today.

He also paid a courtesy call on the Hon. Prime Minister Mahinda Rajapaksa at the Temple Trees on Monday (13).