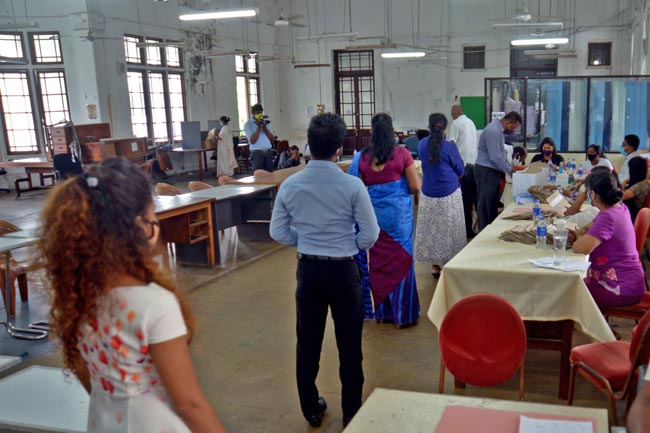 Postal voting of the General Election 2020 has commenced for the third consecutive day today (15).

The process kicked off on Monday (13) with the staff members at the offices of Medical Officers of Health (MOH) casting their absentee votes from 9.00 am to 4.00 pm.

The staff of state sector offices cast their absentee votes yesterday (14) and the process continues today (15) as well.

In the meantime, the members of security forces, the Police, the Civil Security Department, health sector workers, staff of District Secretariats, and election offices will cast their postal votes on the 16th and 17th of July.