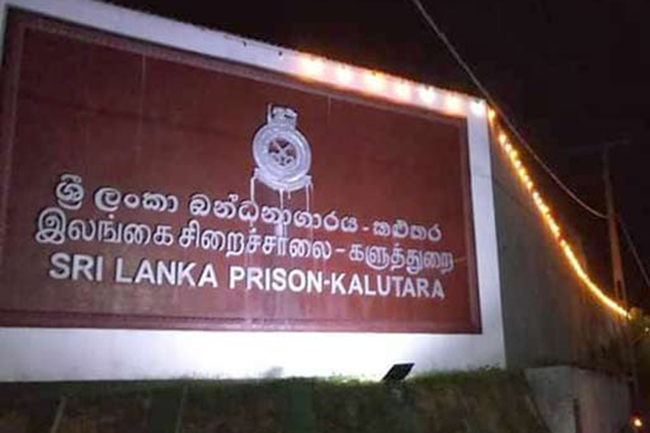 Two persons who attempted to hurl heroin over the wall of Kalutara Prison have been placed under arrest.

They were taken into custody in a raid launched by the officers of Kalutara-North Police.

Two mobile phones, two chargers, 2g 500mg of heroin and 19 tobacco leaves have been seized in possession of the suspects.

In addition, 13 more individuals who were linked to the racket have also been apprehended. The Police seized 13g 730mg of heroin from them.

All the arrestees are to be produced before Kalutara Magistrate’s Court today (15).

Meanwhile, Commissioner General of Prisons Thushara Upuldeniya said contraband being hurled over prison walls is a huge challenge faced by the prison officers.

Special measures have been taken jointly with the Police to curb incidents as such, he added.