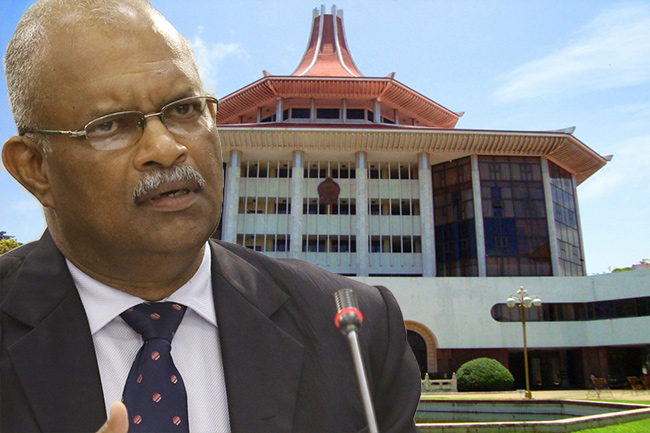 Former Director of the Criminal Investigation Department (CID) SSP Shani Abeysekara has filed a Fundamental Rights (FR) petition with the Supreme Court challenging the decision taken by the National Police Commission (NPC) to suspend and transfer him.

The petitioner alleges that following the presidential election held last year, he was removed from the directorship of the CID without a valid reason and transferred on November 21 to serve as the Personal Assistant to the Southern DIG.

SSP Abeysekara also noted that he was stripped of the special security detail given to him due to the threats to his life.

After the recordings of the controversial telephone conversations of former State Minister Ranjan Ramanayake came to light, he was suspended from his duties on the 7th of January this year, SSP Abeysekara said further.

The petitioner claims that the NPC’s decision to suspend and transfer him is entirely unlawful while pointing out that formal disciplinary inuiry was not conducted in this regard despite him being suspended for months.

He seeks the Supreme Court to rule that his fundamental rights were violated due to the conduct of the NPC and to revoke the said decisions taken by the Commission.

Abeysekara further requests the Supreme Court to issue a verdict ordering the NPC to reinstate him in his previous position at the CID and to provide the security detail that was taken away from him.

He also sought a compensation of Rs. 10 million for the violation of his fundamental rights.