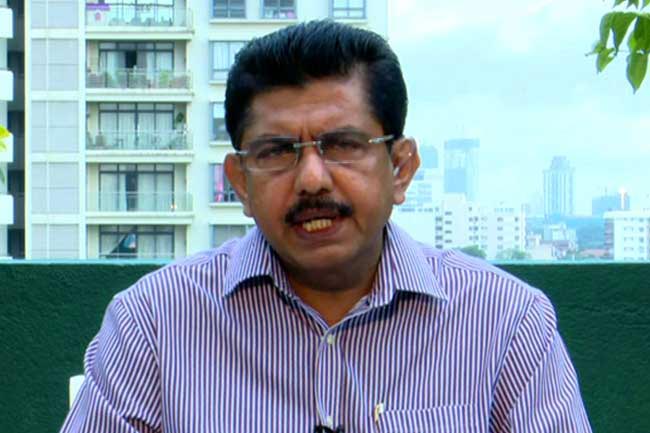 No reason for island-wide curfew yet  Anil Jasinghe

Director-General of Health Services Dr. Anil Jasinghe says that there currently is no reason to enforce another lockdown in the country, as the current cluster remains limited in its reach.

With the upturn in the number of COVID-19 infections in the country, measures have been taken to place the area in Rajanganaya in Anuradhapura under lockdown, banning both entry and exit. Rajanganaya which is home to about 12,000 people has reported over 15 cases of COVID-19 so far.

Meanwhile, with an Army Intelligence Officer attached to the Kandakadu Rehabilitation Center residing in Delthara, Piliyandala testing positive for COVID-19, several places including shops visited by him have been shut down with staff members placed under quarantine. PCR tests of all those identified as the associates of the infected officer are scheduled to be carried out tomorrow (16).

Following the detection of COVID-19 positive Kandakadu facility counselor from Gampaha and his driver, PCR tests of all associates exposed to the duo were carried out today.

Meanwhile, officials at the Gampaha District Court also underwent PCR tests after it was found that the court complex was visited by the driver. The results of these PCR tests are to come out tomorrow.

A counselor at the Kandakadu rehabilitation center who attended a Catholic mass at St. Cajetan’s Church in Kotugoda, Seeduwa on July 04 has been diagnosed with COVID-19. As a result, 44 people exposed to him at the church including the priest and 04 nuns were self-isolated, while 36 more people residing in the neighborhood of the infected patient were also instructed to self-quarantine. All of them were subjected to PCR tests today.

In the meantime, another counselor attached to the Kandakadu rehabilitation center, residing in Gonapeenuwala, Ambalangoda, has tested positive for the virus. Fifty-one people exposed to him including his wife - who is a teacher - along with 11 of her students and 07 other teachers, underwent PCR tests today.

In addition, 30 residents of Hikkaduwa, Rathgama, and Dodanduwa were subjected to PCR tests today after being detected as associates of COVID-19 carriers from the Kandakadu rehabilitation facility.

Speaking on the COVID-19 spread within the country, Director General of Health Services Dr. Anil Jasinghe stated that, 73 people from Kurunegala and 73 from Nikawewa are currently under quarantine at two quarantine facilities, as they had associated with an infected patient during a rehabilitation meeting in Colombo.

Meanwhile, nearly 150 from Kundasale have been directed for quarantine along with several families in Kegalle who associated with a patient from Kundasale.

In addition, nearly 100 people in Aparekka, Matara are under quarantine, said Dr. Jasinghe.

Further, PCR tests have been carried out in many areas in the country including 101 from Kundasale, 266 from Rantambe, Thanthirimale, 200 from Polonnaruwa Hospital as a sample, and 150 from Rajanaganaya, said Jasinghe.

However, Dr. Jasinghe is of the view that the current situation does not call for the imposition of curfew in the country.

He said: “If we are to impose an island-wide curfew, there should be COVID-19 issues faced island-wide. The virus has the only surface in a few areas.

If COVID-19 is spreading rapidly, that would be a sufficient reason for us to impose a curfew.

The current situation does not call for the imposition of curfew nor do we think such a situation would arise.”