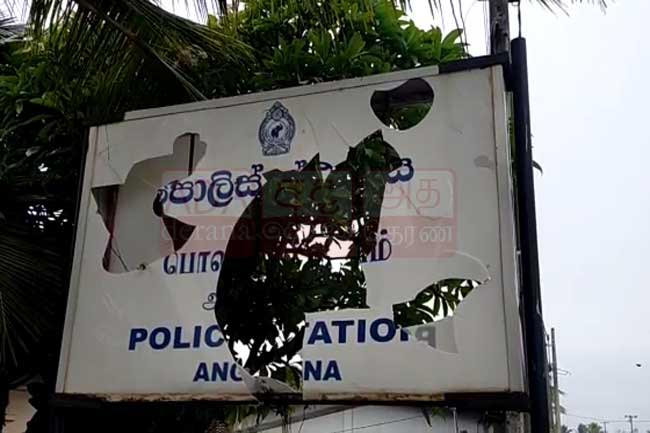 A tense situation is reported in front of the Angulana Police Station between police officials and residents in the area, stated Ada Derana reporter.

Reportedly, a group of residents who gathered at the scene of incident had pelted stones at the police station.

Ada Derana reporter stated that the police had used tear gas to control the crowd, according to our correspondant.

However, the situation is currently under control, Ada Derana reporter said.

A protest was launched in front of the Angulana Police Station by a group of residents in the area, this morning (16).

Protestors claimed that several police officers on a Jeep had escorted the two main witnesses of the Lunwa shooting incident at around 5 am this morning.

However, the two witnesses had been brought to the Angulana Police Station subsequently.

On July 10, a 39-year-old fisherman was shot dead by officers of the Angulana Police Station during an altercation at a roadblock in Lunawa, Moratuwa. The post-mortem revealed that the fisherman had been shot in the head.

Three police officers - a Sergeant and two Constables - involved in the shooting were interdicted following investigations.