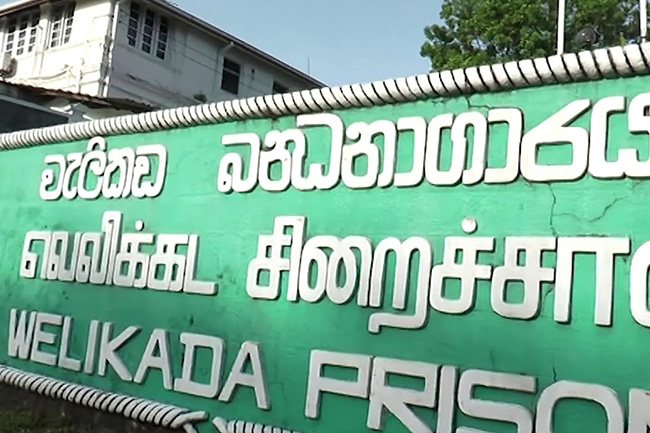 Several contraband items have been thrown over the wall of Welikada Prison on Wednesday night (15), says the Department of Prisons.

The illegal items were reportedly thrown from the area of Wanathamulla over the wall of the female ward of the prison.

The seized contraband has been handed over to the Borella Police for further investigations, the Commissioner General of Prisons, Thushara Upuldeniya said.

In the meantime, 07 persons are currently under arrest over throwing illegal items into the Colombo Magazine Prison and Welikanda Prison on previous occasions.

Two persons who attempted to hurl heroin over the wall of Kalutara Prison were also placed under arrest recently. Two mobile phones, two chargers, 2g 500mg of heroin and 19 tobacco leaves have been seized in possession of the suspects.