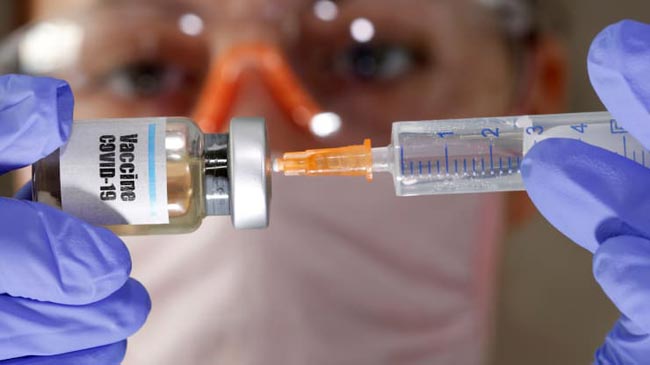 Nobel laureates are among scientists calling for volunteers to be exposed to coronavirus after receiving a vaccine to see if it offers protection.

They signed an open letter to the head of the US National Institutes of Health, saying these “challenge trials” could accelerate vaccine development.

The Oxford University Covid-19 vaccine programme’s director said such studies should be “feasible and informative”.

There are now 23 coronavirus vaccines in clinical trials around the world.

The only way we will know if any of them works is if enough volunteers are subsequently exposed to coronavirus in their daily life and do not get infected.

That could take well into next year, given that many studies are being conducted in countries where infection rates are falling.

The organisation 1 Day Sooner argues this should not be left to chance.

It is made up of more than 30,000 would-be volunteers in 140 countries who say they are prepared to take part in challenge studies.

They argue that the risks to their health would be low, but the potential benefits to society enormous.

The letter states: “If challenge trials can safely and effectively speed the vaccine development process, then there is a formidable presumption in favour of their use, which would require a very compelling ethical justification to overcome.”

The letter supporting challenge trials has been signed by Professor Adrian Hill, the director of the Jenner Institute at Oxford University, which has one of the leading prototype coronavirus vaccines.

He said human challenge studies could happen “in the coming months”.

Dr Francis Collins, director of the NIH, has said Covid-19 challenge trials are “on the table for discussion - not on the table to start designing a plan”.

Isn’t this unethical?
This can be argued two ways. You could say it would be wrong to deliberately expose a trial volunteer to the risk of coronavirus, when we don’t yet have a failsafe treatment which could guarantee their safety. Put simply, some volunteers could get seriously ill or die.

But those in favour of going down this route argue the dangers are low. Nine in 10 people admitted to hospital with Covid-19 have a pre-existing health condition, and the vast majority who die are elderly. If you restrict challenge studies to young, fit people in their 20s, this would minimise the risks.

1 Day Sooner says the chance of volunteers dying would be lower than for a live kidney donation or during childbirth. The campaign group argues it is unethical not to do challenge studies because they could accelerate research to find an effective coronavirus vaccine and potentially save hundreds of thousands of lives.

Has this been done before?
Yes. Challenge studies have a long history. In the late 18th century, Edward Jenner noticed that dairymaids were protected from smallpox after having been exposed to cowpox, which gave only a mild illness.

He inoculated an eight-year-old boy with cowpox and then later deliberately exposed the child with smallpox. He did not get infected.

Challenge studies have been used to test vaccines against cholera, malaria, typhoid and dengue fever. In each case there has been an effective treatment on hand to treat volunteers who might fall ill.