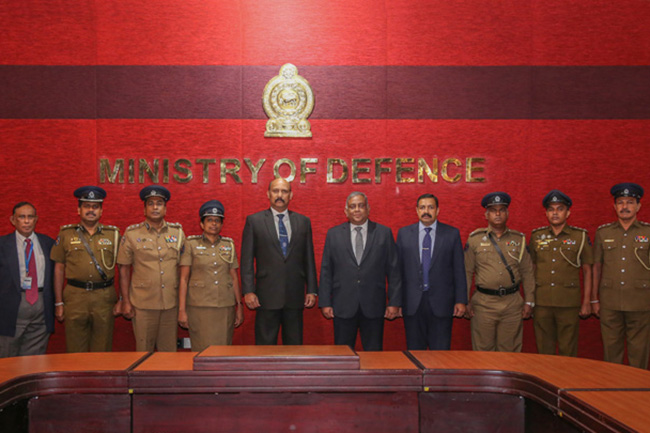 Nine senior police officers have been appointed as Hostage Negotiators, the first of such an initiative in Sri Lanka, in keeping with international aviation obligations as a part of crisis management during a possible aircraft hi-jacking or a hostage situation.

The team of Hostage Negotiators received their appointment letters from Defence Secretary Major General (Retired) Kamal Gunaratne during an official event held today (16), the Defence Ministry said in a statement.

He also underscored how the threat paradigm involved in the aviation industry has evolved in a post 9/11 world and the need for timely action in avoiding such situations in future.

In addition, the Defence Secretary also said that the new team of Hostage Negotiators needs to be constantly engaged with the aviation officials with provisions for capacity building and also in further advancement of the initiative.

The team of Hostage Negotiators had undergone training offered by the United Nations Mission in USA in 2006.

Deputy Director General of Aviation Security Regulation P.A. Jayakantha said the appointments mark the fulfilment of an internationally recognized norm that has been in practice among all International Civil Aviation Organization (ICAO) member states.

He said this national requirement has been consistently discussed since 2016 during the NCASC meetings.

“There are two international conventions – Hague and Tokyo – governing and regulating responses in hostage situations which Sri Lanka too has ratified”, he further added.