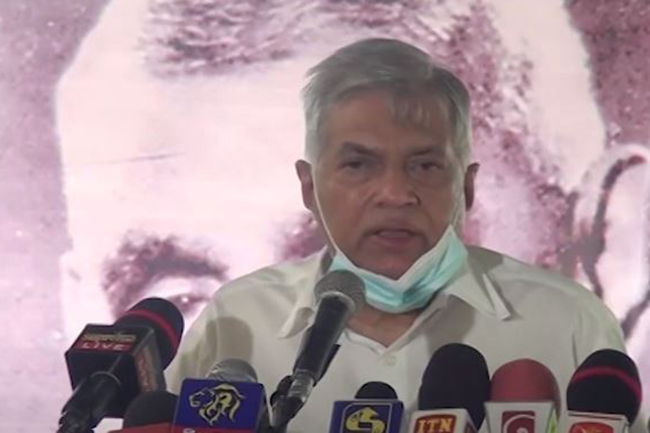 Addressing an election propaganda event today (18), he said this is only way to feed the increasing population.

The former prime minister also spoke of improving the country’s economy pointing to UNP government’s performance in 2001, 2005 5and after Easter Sunday bomb attacks.

Further, he noted that the UNP is the only party that has submitted an election manifesto, which mentions how they plan to control the Covid-19 outbreak and improve the domestic economy.

“By 2050, the population in the Indian Ocean region will increase by 500 million and someone should feed them. But you can’t do that with traditional chena cultivation.”

He stressed that the UNP intends to introduce a new agriculture-based economy and to provide technology required for that.