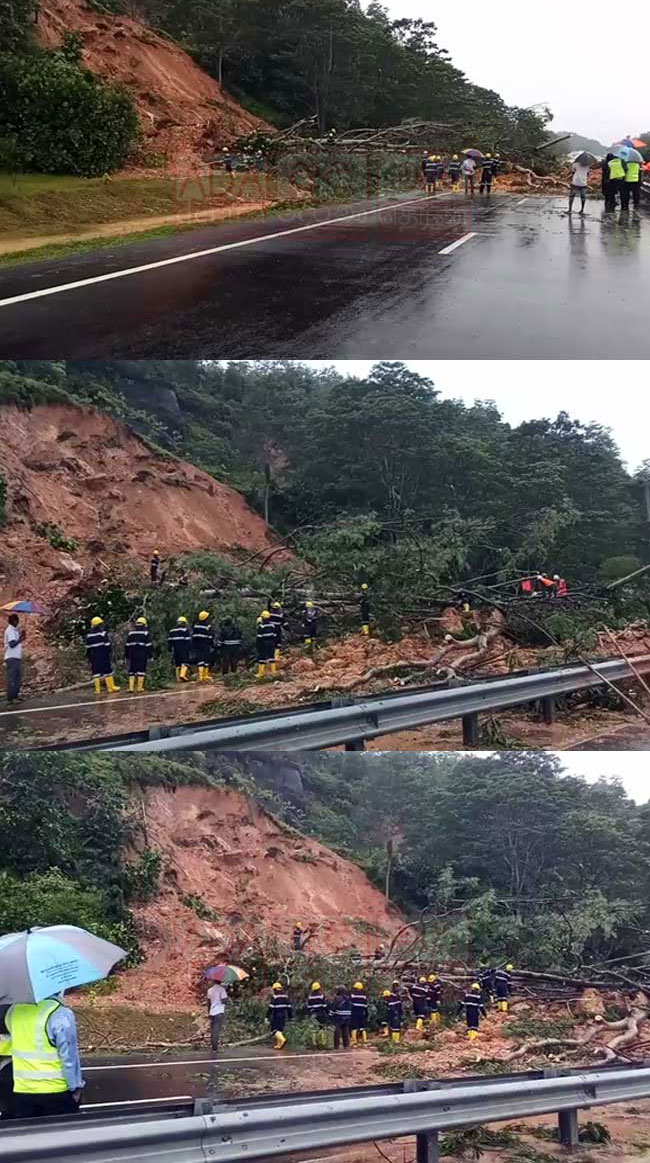 The section of the Southern Expressway between Pinnaduwa and Imaduwa, which was closed following a minor landslide, has now been reopened for traffic, the Road Development Authority (RDA) said.

A landslip had occurred in the aforementioned area this morning (20) due to the heavy rain experienced area.

The fallen mound of earth has disrupted the vehicular traffic on the expressway.

Accordingly, steps were taken to direct vehicles on the expressway to the Pinnaduwa and Imaduwa exits.

However, the section of the expressway has now been reopened after the clearing of the obstructing earth-mounds.