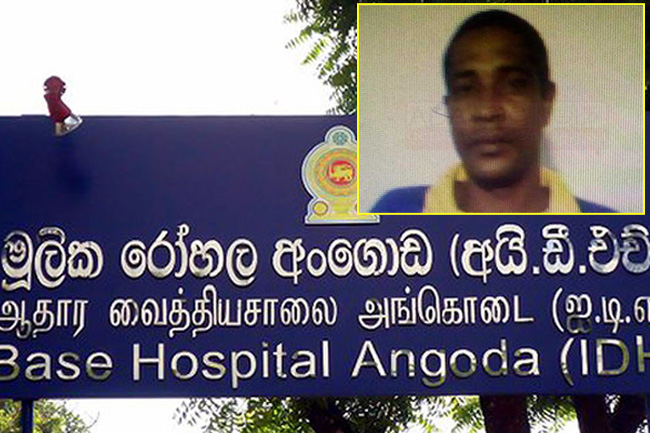 Search underway to locate COVID-19 patient who fled from IDH

Several teams of Sri Lanka Army have been deployed to locate the drug addict who escaped from the Infectious Disease Hospital (IDH) this morning (24), says the Army Chief Lieutenant General Shavendra Silva.

It is confirmed that this escapee had been under treatment for COVID-19.

The suspect reportedly has a limp on his left leg, the Police Media said, seeking public assistance to apprehend him.

According to reports, the escapee, named Mohammed Kasim Mohammed Nasim, is a 41-year-old from Marble Beach Road, China Bay in Trincomalee.