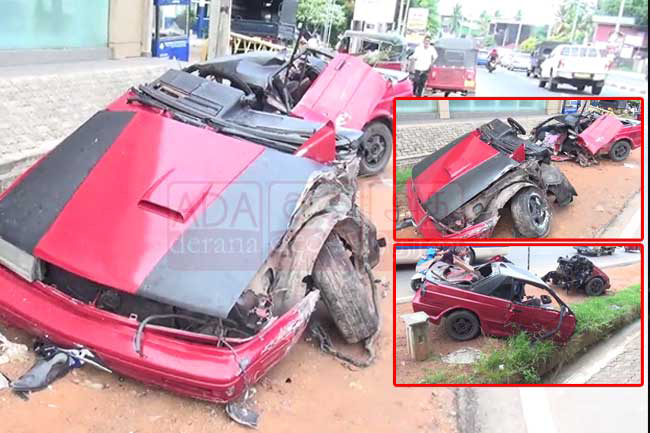 A couple, aged 43 and 40 years, died in a fatal car crash on Thursday night (23), leaving their two daughters orphaned.

The accident happened near a filling station on the Yakkala – Kirindiwela road.

In the meantime, the driver of the vehicle, who sustained injuries in the accident, is currently receiving treatment at the Colombo National Hospital.

A family of four from Kinigama, Yakkala attended a wedding ceremony in Badulla and returned to their hometown in a bus.

Upon arrival, one of the relatives of the family has picked them up to drop them off at their place.

The relative in question had been under the influence of alcohol at the time of the crash, according to reports.

Failing to control the speed, the driver has crashed the vehicle against a utility pole on the roadside.

The couple’s two daughters, aged 20 and 13 years, have been admitted to the Gampaha District General Hospital for treatment.