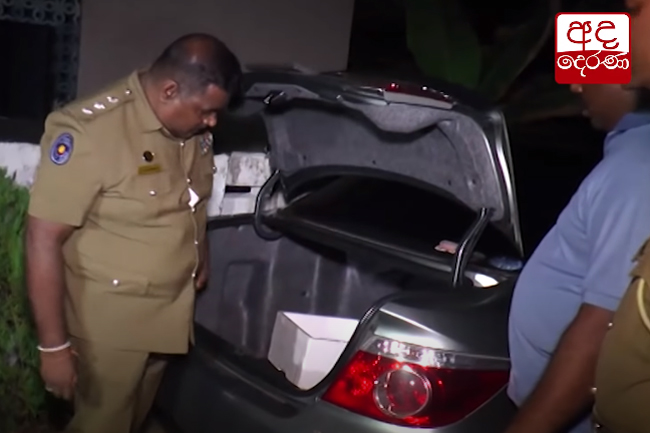 Another Excise officer under arrest over an Ice racket

Another officer attached to the Department of Excise has been arrested over his alleged involvement in drug dealing.

According to reports, the suspect, who hails from Kadugannawa area, was attached to the Excise Station in Puttalam.

Eight suspects including a regulator of the Excise Department were arrested in Puttalam on Thursday (23) while in possession of 126g of Crystal Methamphetamine, commonly known as ‘Ice’.

The police said 04 females were also among these arrestees.

However, another suspect, identified as an Excise inspector, had fled the scene in a car during the raid carried out by the officers of crime prevention unit of Puttalam Police Division.

The 08 arrestees were later produced before Puttalam District Judge and Magistrate Anura Indrajith Buddhadasa and detained for 72 hours for interrogation.

Further interrogations into the arrested Excise regulator revealed that the escapee had handed over the said amount of ‘Ice’ to them. Based on the information divulged by him, the escaped Excise inspector in question was later taken into custody by the police.

In the meantime, the car which he used to flee has also been seized by the Police.