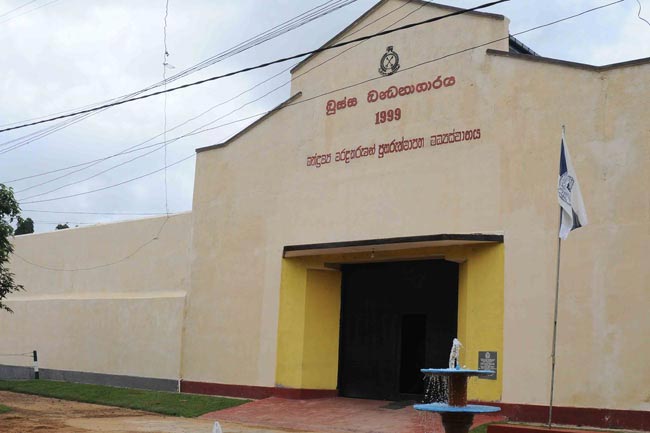 Remanded Negombo Jailor to be held at Boossa Prison

It has been decided to hold Negombo Prisons Jailor Kalinga Kaluaggala, who was ordered to be placed under remand custody, at the Boossa Prison.

The jailor who had been issued arrest warrants on, surrendered to the Criminal Investigation Department (CID) on July 24.

Following interrogations, he was produced before the Negombo Magistrate’s Court the next day (July 25).

He was then ordered to be remanded until the 29th of July by Negombo Acting Magistrate.

As a security precaution, the suspected jailor was taken to be held at Boossa Prison, prison sources told Ada Derana.