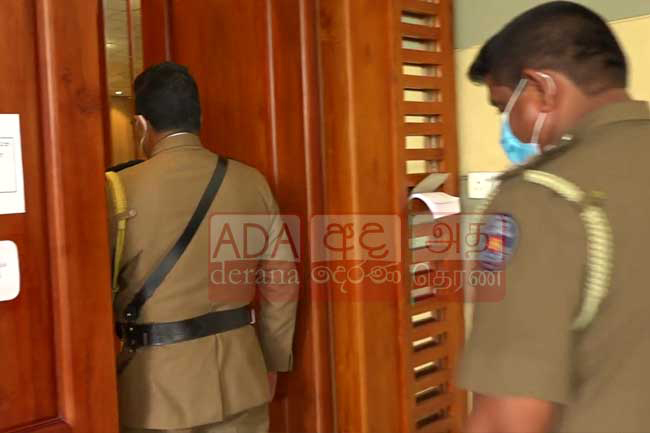 He made this revelation on Thursday (30), testifying before the Presidential Commission of Inquiry (PCoI) probing the Easter Sunday terror attacks, for the fourth consecutive day.

During the evidence hearing, the focus of the Presidential Commission fell on the intelligence report issued by the SIS with regard to a lecture delivered by Zahran Hashim at the office of the National Thowheed Jamaath (NTJ) on the 20th of November 2016.

The panel asked the former SIS chief if the responses of Muslim organizations and lawmakers challenging the statement made by former Minister of Justice Wijeyadasa Rajapakshe during the parliamentary session on the 18th of November 2016, which claimed that 30 members of four Muslim families had joined the ISIS, are included in the said intelligence report.

The Presidential Commission then questioned the witness of the measures taken by then-Defence Secretary and the National Intelligence after the SIS had forewarned them of the Zahran Hashim-led NTJ and the threats posed by the Islamic State (IS) to Sri Lanka.

To this, Jayawardena said the SIS had regularly provided intelligence information to the relevant authorities and they should be questioned on the measures they had taken in that regard.

However, the chairman of the Presidential Commission of Inquiry on Easter attacks, in response, said the witness cannot be allowed to testify only in the presence of the aforementioned parties, pointing out that several attorneys-at-law appearing on behalf of certain parties linked to the incident have already been given the opportunity to cross-examine the witness.

Accordingly, these attorneys need to be present when the witness produces his testimony, the PCoI chief had stressed.