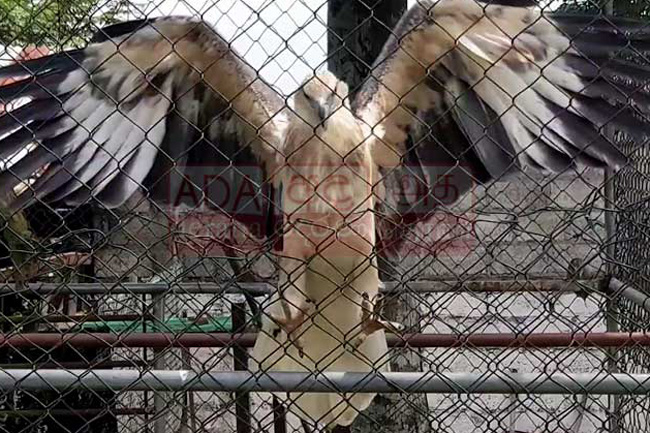 The hawk-eagle suspected to have been used by underworld criminal gang leader ‘Angoda Lokka’ for drug trafficking is to be handed over to the Zoological Garden in Dehiwala.

This order was delivered by the Homagama Magistrate on Friday (31) when the officers of Athurugiriya Police produced the said hawk-eagle before court.

The bird was discovered on Thursday (30) by the Athurugiriya Police personnel while it was caged at a residence located on Kanatta Road in Nawalamulla, Meegoda.

The discovery was made based on information received by Western Province intelligence officers.

Hawk-eagle, also referred to as white-bellied sea eagle, is able to carry a considerable weight close to 15kg using its talons.

The authorities claimed that they suspect that the bird had been used in drug trafficking activities.