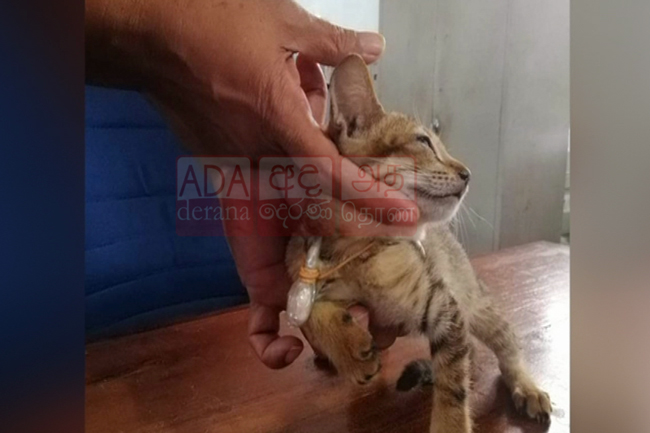 Prison officers have captured a cat near the Welikada Magazine Prison in Colombo with some contraband tied around its neck.

The Department of Prisons said 1.7g of heroin, 02 SIM cards and a memory chip were seized from the miniature pouch found from the cat.

The cat was captured acting on information received by the intelligence officers attached to the prison.