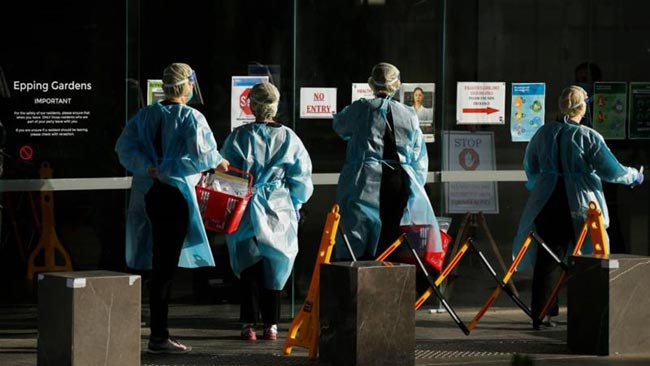 Australia: State of Disaster in Victoria, Melbourne under 6-week lockdown

Premier Daniel Andrews said 671 new coronavirus cases had been detected since yesterday, with 6,322 infections now active in the state.

Seven people have died from coronavirus in Victoria in the last 24 hours, taking the state’s death toll to 123. Six of the seven cases are linked to aged care outbreaks.

There are now 385 people in Victorian hospitals, 38 of whom are in intensive care.

The Premier said there was an “unacceptably high” number of community transmission cases, and the state had 760 active COVID-19 infections where the source of the transmission was not known.

“Those mysteries, that community transmission, is in many respects our biggest challenge and the reason why we need to move to a different set of rules,” he said.

From 6:00pm tonight, a state of disaster will be declared across Victoria, which will act in addition to the state of emergency.

Residents of Metropolitan Melbourne and the Mitchell Shire are almost halfway through what was meant to be a six-week lockdown under stage three stay-at-home orders.

Mr Andrews said the current strategy undertaken by the Government so far had avoided “thousands of thousands” of cases from overwhelming hospitals, but it was “not working fast enough”.

He said after much detailed analysis, the state’s health experts told him the current strategy would not see the state reach a point where it could reopen until the end of the year.