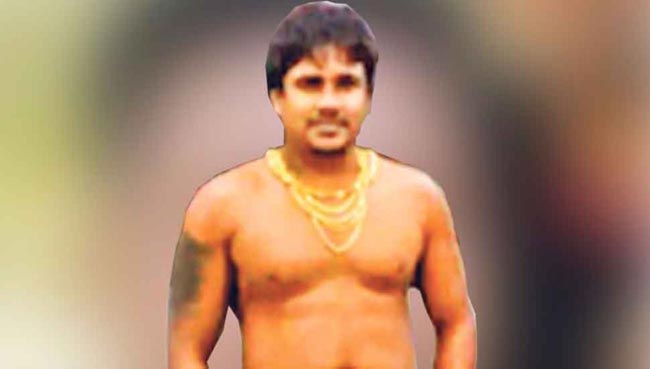 The Coimbatore city police in India confirmed the death of Maddumage Chandana Lasantha Perera alias ‘‘Angoda Lokka’’, the Sri Lankan underworld kingpin who was wanted by the Sri Lankan authorities, in the city where he was living in hiding for at least three years.

According to the police, ‘Angoda Lokka’ died under suspicious circumstances on July 3 and three persons were arrested on Sunday in connection with his death.

‘Angoda Lokka’ had fallen unconscious on July 3 and was rushed to the Coimbatore Medical College Hospital, where he was admitted in the name of a 35-year-old man R Pradeep Singh. The accused had submitted an Aadhaar card in Pradeep’s name as identity proof at the hospital. However, ‘Angoda Lokka’ died and the Peelamedu police had registered a case under section 174 of CrPC for unnatural death. The trio received the body after autopsy, after furnishing the fake Aadhaar card as identity proof and cremated it.

Meanwhile, the Sri Lankan police approached Tamil Nadu police with intelligence inputs that ‘Angoda Lokka’ had been murdered and cremated in Coimbatore, after which the probe took a turn.

The Coimbatore police found that Lokka was cremated in Madurai on July 4. The probe also found that he had come to Coimbatore around three years ago and was living in disguise using forged identity and citizenship documents he had acquired with the help of Sivagama Sundari and Dhyaneswaran. The police also found out that Amani Dhanji had flown in from Sri Lanka to join ‘Angoda Lokka’ in Coimbatore in March.

Police booked the three accused under sections 120B [Criminal conspiracy], 177 [Furnishing false information], 182 [False information, with intent to cause public servant to use his lawful power to the injury of another person], 202 [Intentional omission to give information of offence by person bound to inform], 212 [Harbouring offender], 417 [Punishment for cheating], 419 [Punishment for cheating by personation], 466 [Forgery of record of Court or of public register], 468 [Forgery for purpose of cheating] and 471 [Using as genuine a forged document or electronic record] of IPC and remanded them to judicial custody.

‘Angoda Lokka’ was reportedly wanted by the Sri Lankan police for many murder cases and was living in Coimbatore under disguise. He had reportedly gone underground in 2017 after a spate of killings in Sri Lanka involving his gang and rival gangs. However, it is not clear when he entered India.