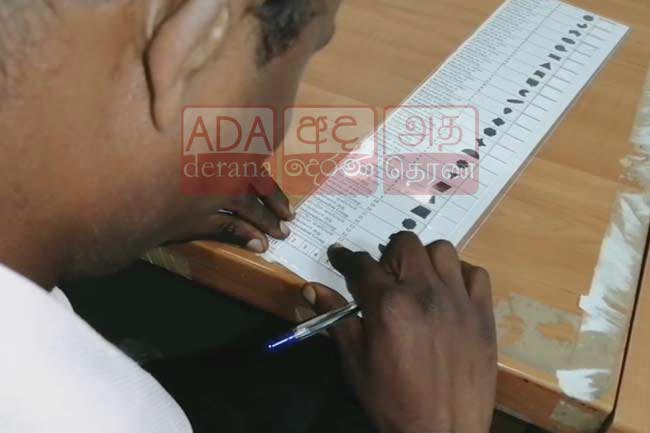 Steps have been taken to introduce a special system for visually impaired voters to cast their votes.

This is in response to a request made to the Election Commission by the Sri Lanka Association of the Visually Impaired to allow them to cast their votes in a manner that protects their confidentiality.

Accordingly, the Elections Commission has introduced a special stencil which they can use to vote on their own.

Blind voters can insert their ballot paper into the stencil and feel the grooves and boxes cut on the stencil to mark their vote.

This system allows blind voters to cast their vote in confidentiality without the assistance of an official in charge at the polling station.