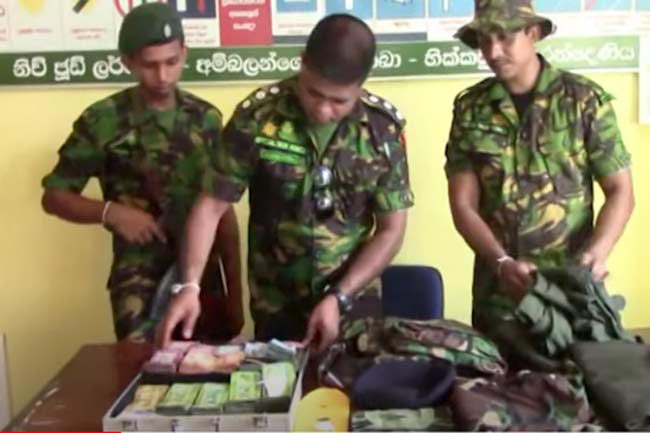 A man has been arrested in Ahungalla yesterday (02) with narcotic drugs, military uniforms and money in his possession.

The arrest has been carried out by the officers of the Ahungalla camp of the Special Task Force (STF) at the Bogahapitiya area in Ahungalla, last evening.

He had been arrested when the officers had searched him due to suspicious behavior.

Reportedly, he had been remanded on a previous occasion for the possession of drugs.