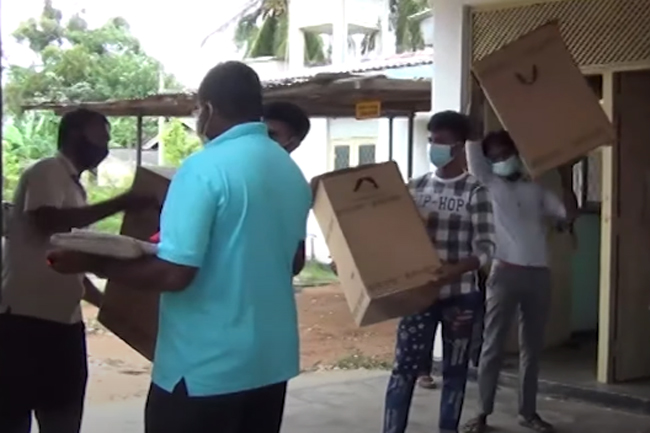 Accordingly, the senior polling officers are transporting the ballot boxes to 12,985 polling stations across the country, under special security provided by the Police.

These senior polling officers will stay overnight at their respective polling stations, the Election Commission continued.

It is further reported that the disinfecting process at polling stations is scheduled to continue today as well.

In the meantime, 10 senior polling officers who were selected for election duties were removed and replaced by another group on Monday (03).

The Election Commission meanwhile decided to commence ballot paper counting at 66 centres from 7.00 am or 8.00 am on the 6th of August (Thursday), after proper notification to authorized agents and independent group leaders.

Each party and group has been instructed to appoint two agents for each receiving hall to monitor the receiving of the ballot boxes tomorrow (05).

In the meantime, 02 agents from each party and group for each polling districts will be appointed to remain at the counting premises during the night on August 05.