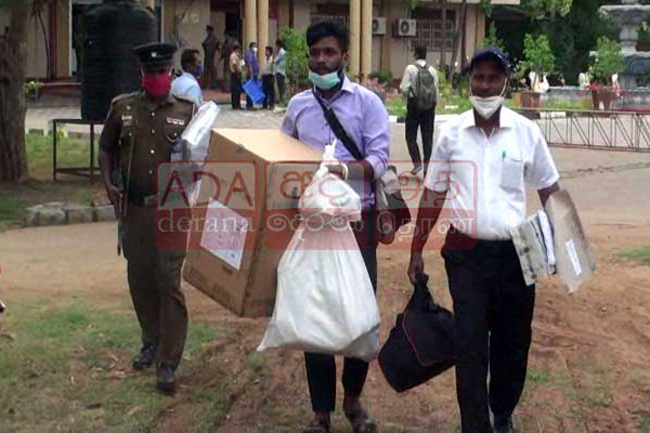 A polling station in Vavuniya relocated

Election officers have relocated a polling station in Vavuniya due to an unavoidable reason.

As several wasp nests were found at the polling station established at No. 113 – Parakum Maha Vidyalaya in Iratta Periyakulam, it was shifted to a new location, Vanni District Returning Officer S.M. Saman Bandulasena said.

Accordingly, the polling station is now set up at the Pradeshiya Sabha holiday resort and the reception hall in Vavuniya-South, with the approval of the Election Commission.

All relevant authorities have been informed of the new development, the District Returning Officer said, adding that measures were taken to notify others using loudspeakers.

In the meantime, the Grama Niladhari officer of the area has informed each house of the division regarding the matter in writing as well.