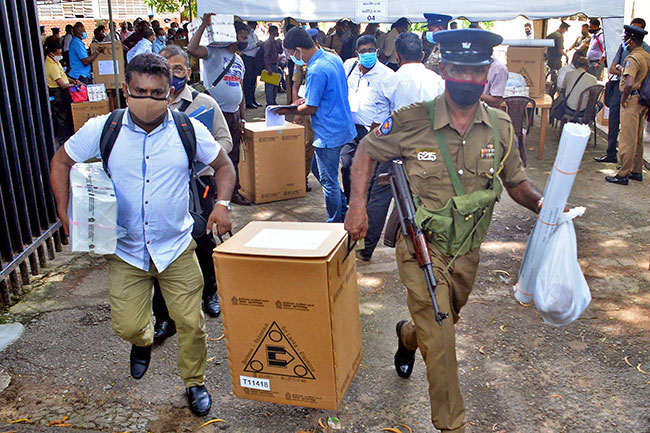 Polling of the General Election 2020 to pick 225 legislators for the 9th Parliament of Sri Lanka will kick off at 7.00 am on Wednesday (05). The process is scheduled to conclude in the evening at 5.00 pm.

Voting will be carried out at 12,985 polling stations across the island under tight security of Police and civil defence personnel.

A total number of 16,263,885 voters have qualified to exercise their franchise in this tight competition among 7,452 candidates from 20 political parties and 34 independent groups. They will be contesting for 22 electoral districts.

The majority of voters in the country are reported from Gampaha District, adding up to a total of 1,785,964.  Meanwhile, Vanni electoral division – which consists of Mullaitivu, Mannar and Vavuniya districts – has recorded the least number of voters, which amounts to 287,024.

Due to the risks posed by the Covid-19 pandemic, the health guidelines introduced by the authorities will be strictly adhered to during the entire process.

In the meantime, delivering ballot boxes to respective polling stations was carried out throughout the day.

Senior polling officers transported the ballot boxes to 12,985 polling stations across the country, under special security provided by the Police.

The Chairman of the Elections Commission, Mahinda Deshapriya, meanwhile, said the results of the General Election 2020 will be issued before midnight on August 06.

It is expected to issue the results of the preferential votes before Friday (August 07) as well, he had further stated.