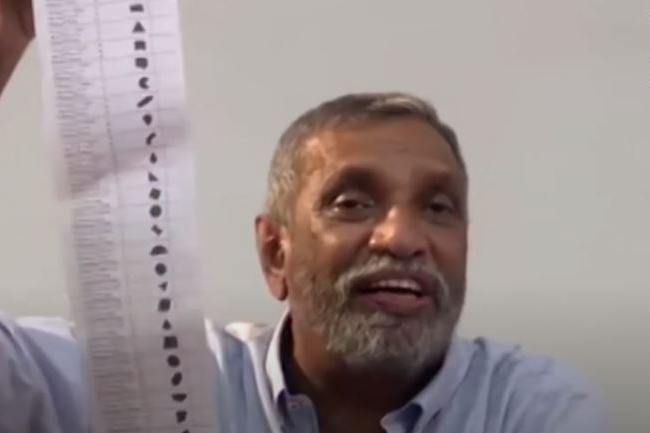 A message from Election Commission Chairman to voters

Chairman of Election Commission has explained how to cast votes and mark the preferences in ballot papers for the General Election 2020.

The voters are allowed to mark a cross (X) on the ballot paper against the name and symbol of one political party or an independent group of their choice.

Subsequently, the voters can mark crosses on the preferential numbers of not more than three candidates nominated by that recognized political party or independent group in the boxes where the numbers appear.

If a voter has marked his or her preferences for the candidates without marking a vote against any political party or independent group, the relevant ballot paper will be rejected, the Election Commission’s chairman explained further.

Due to the health risks posed by the COVID-19 pandemic, the guidelines introduced by the authorities to mitigate the spread of the virus will be strictly adhered to at this year’s election process.

Accordingly, the voters are mandated to wear a face mask when they enter their respective polling stations.

At each polling station, voters will be provided with sanitizer to disinfect their hands.

The elections chief said the voters should remove the mask and show their faces to the polling officer to whom they hand over their identification card.

In the meantime, the electoral ink used at the polling stations will be applied with a single-use special-waxed paper as a measure to prevent the spread of the novel coronavirus.

The voters have been instructed to bring their own pen – either black or blue – to mark the ballot paper.