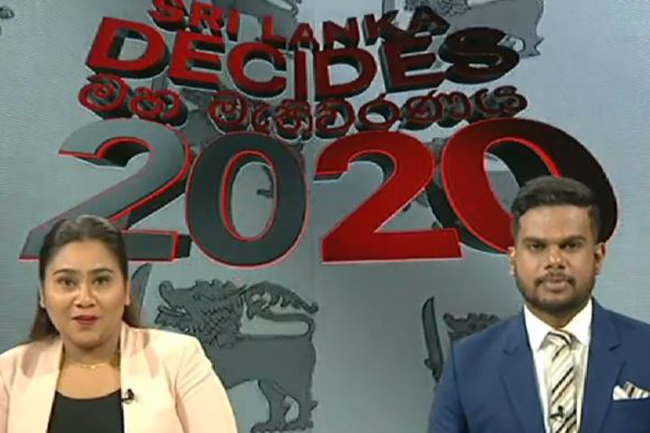 Ada Derana election broadcast – ‘Sri Lanka Decides’ – is now underway, bringing all the information about the General Election 2020 from the moment polling began in the early hours today (05).

The election coverage is brought to the viewers in Sinhala, English and Tamil languages.

Without being confined to the television, our media network will continue to provide election results via FM Derana, our websites – Ada Derana, Ada Derana Sinhala and Ada Derana Tamil – as well as through the Ada Derana SMS alert service.

Voting for the General Election 2020 commenced at 7.00 am and voters were seen turning up at their respective polling stations to exercise their franchise.

The process is scheduled to come to an end in the evening at 5.00 pm.

The voters, who were placed under self-isolation due to the Covid-19 risks, have been facilitated to cast their votes after 4.00 pm.

Polling will take place at 12,985 polling stations across the island under beefed-up security provided by more than 5,000 Police and civil defence personnel.