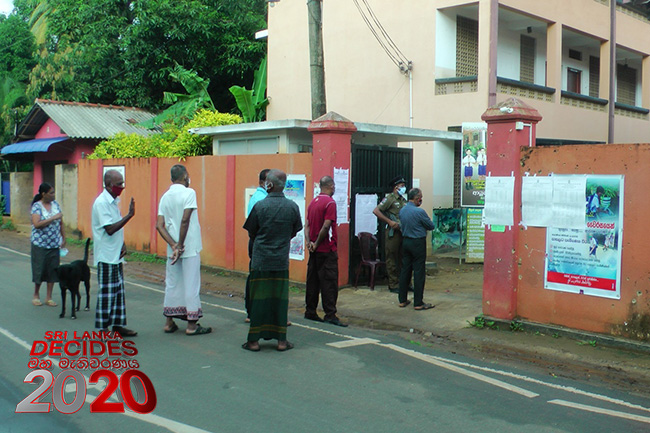 More than 20% of eligible voters in multiple electoral districts have exercised their franchise as of 10.00 am today (05).

The polling of General Election 2020, which began at 7.00 am, is currently underway at 12,985 polling stations across the country.

The highest percentage of voter turnout was reported from Trincomalee and Anuradhapura districts, which stood at 30%.

In the meantime, Kurunegala, Matale, Kandy, Badulla, Nuwara Eliya and Matara districts have each reported 25% of voter turnout within three hours.

Further, the voter turnout in Hambantota was at 24% while in Kegalle and Ratnapura districts 23% of voters marked their preferences.

The voter turnout in rest of the districts is as follows: