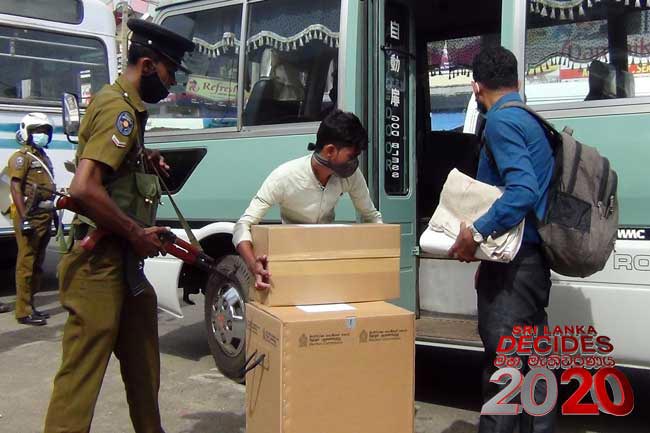 The voting process of General Election 2020 to elect members for the ninth parliament concluded a short while ago.

The polling process which commenced at 7.00 am this morning (05) was carried out at 12,985 polling stations across the country.

District Returning Officers told Ada Derana that the sealed ballot boxes are currently being brought to the counting centers.

Over 70 percent voter turnout has been recorded in a majority of districts at the close of polls.