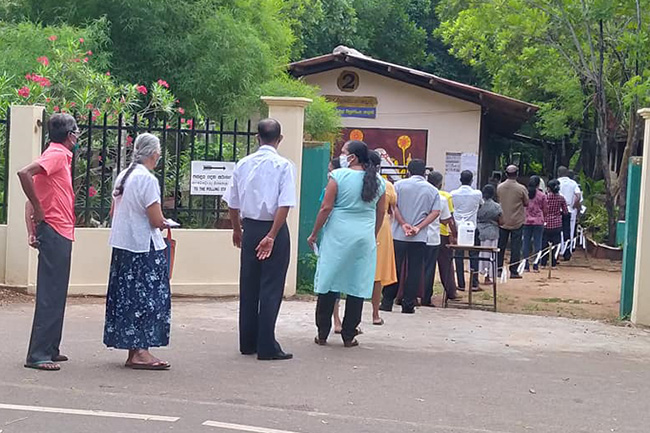 Polling of the Sri Lanka’s 16th Parliamentary Election drew to an end at 5.00 pm today (05). The process got underway in the early hours of the day, at 7.00 am.

At the close of polls, the voter turnout in 12 electoral districts had crossed 70 per cent.

The highest voter turnout was observed in Hambantota and Batticaloa districts, which added up to 76 per cent.

Puttalam electoral, saw the lowest voter turnout in the polling with only 64 per cent.

The voter turnout of all electoral districts at close of polls: