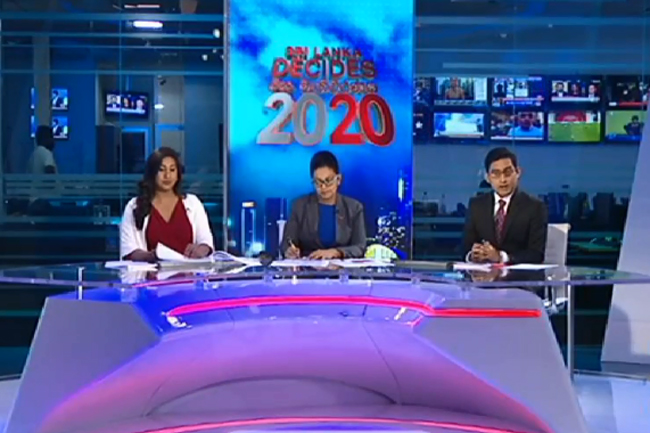 Ada Derana election broadcast – ‘Sri Lanka Decides’ – is geared up to bring the latest updates of the results of General Election 2020 today (06).

The election coverage, which kicked off at 8.00 am, is brought to the viewers in Sinhala, English and Tamil languages.

Without being confined to the television, our media network will continue to provide election results via FM Derana, our websites – Ada Derana, Ada Derana Sinhala and Ada Derana Tamil – as well as through the Ada Derana SMS alert service.

A total number of 16,263,885 voters had qualified to exercise their franchise in this tight competition among 7,452 candidates from 20 political parties and 34 independent groups. They are contesting for 22 electoral districts.

The majority of voters in the country were reported from Gampaha District, adding up to a total of 1,785,964.  Meanwhile, Vanni electoral division – which consists of three administrative districts namely Mullaitivu, Mannar and Vavuniya – had recorded the lowest number of voters, which amounted to 287,024.

Voting for the General Election 2020 commenced at 7.00 am with a steady voter turnout. The process drew to an end in the evening at 5.00 pm.

The voters turned up at their respective polling stations to exercise their franchise despite the COVID-19 risks. However, health regulations introduced by the authorities in view of the parliamentary election were practiced at each polling station in order to prevent the spread of the virus.

The voters were further instructed to bring their own pen – either black or blue – to mark the ballot paper.

The voters, who were placed under self-isolation due to the Covid-19 risks, were facilitated to cast their votes after 4.00 pm.

Polling took place at 12,985 polling stations across the island under beefed-up security provided by more than 5,000 Police and civil defence personnel.

At the close of polls, the voter turnout in 12 electoral districts had crossed 70 per cent.

The highest voter turnout was observed in Hambantota and Batticaloa districts, which added up to 76 per cent.

Puttalam electoral saw the lowest voter turnout in the polling, with only a percentage of 64.

The Chairman of Election Commission, Mahinda Deshapriya stated that the overall voter turnout island-wide stood at 71 per cent at close of polls.