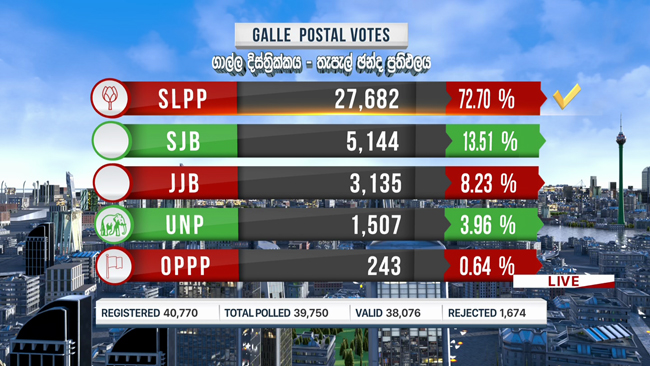 The Election Commission has released the first result of the 16th General Election of Sri Lanka.

Accordingly, results of the Galle electoral district were the first to be issued.