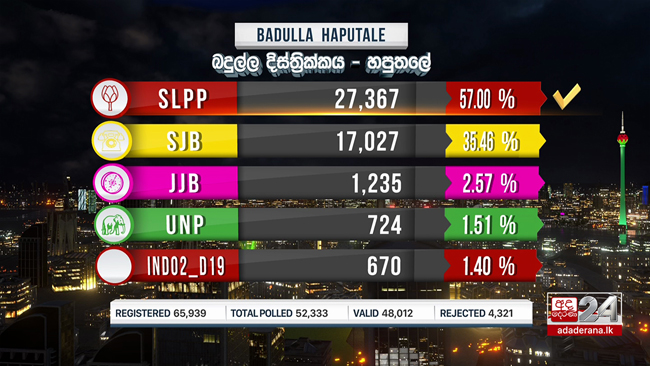 The Election Commission has released the results of Haputale polling division in Badulla electoral district.

The Sri Lanka Podujana Peramuna (SLPP) secured this polling division with 27,367 votes with a percentage of 57%.