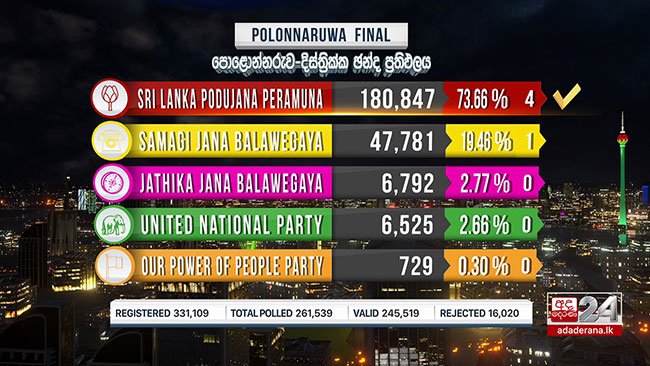 The Sri Lanka Podujana Peramuna (SLPP) has polled the most votes and secured 04 seats, according to the final results of the Polonnaruwa District.

However, they both fail to secure any seats from the district.