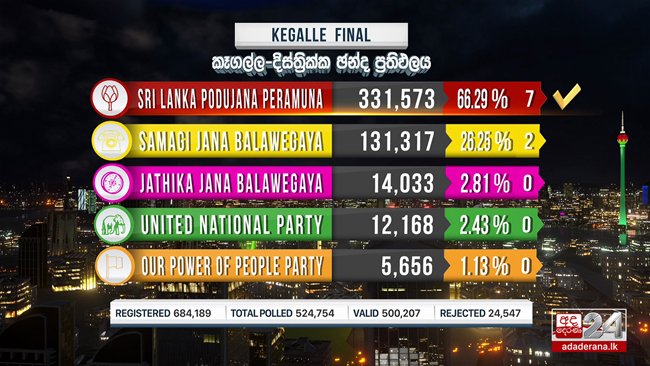 The final results of Kegalle electoral district were released by the Election Commission, a short while ago.

The most number of votes was received by the Sri Lanka Podujana Peramuna (SLPP), according to the final results of the Kegalle District.

However, they have failed to secure any seats from Kegalle district.