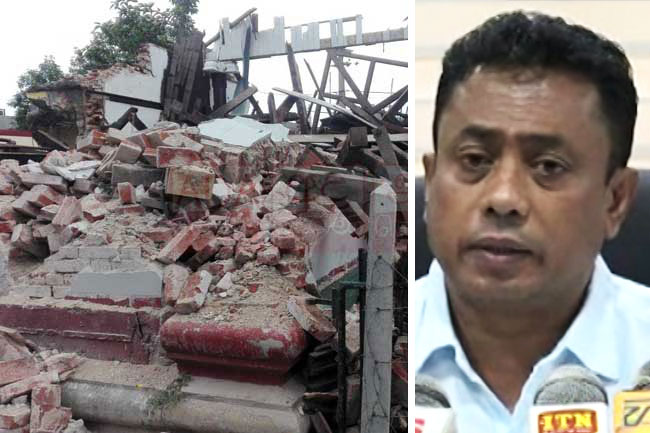 Arrest warrants issued for Kurunegala Mayor and 4 others

The Kurunegala Magistrate has issued arrest warrants on the Mayor of Kurunegala Thushara Sanjeewa Vitharana and four others in the case filed over the demolishing of the Buwaneka Hotel, a building of historical value in Kurunegala.

The magistrate had issued the arrest warrants on the application of the Attorney General, according to the AG’s Coordinating Officer.

The Attorney General on Thursday directed the Acting IGP to obtain warrants from court and arrest five individuals including the Mayor of Kurunegala Thushara Sanjeewa, the Municipal Commissioner of Kurunegala, the Engineer and two others.

The AG has ordered their arrests on charges under the Antiquities Ordinance and Public Property Act and also directed the Acting IGP to produce them before court without delay.

This archaeological site has been listed under the provisions of the Antiquities Ordinance No. 9 of 1940.