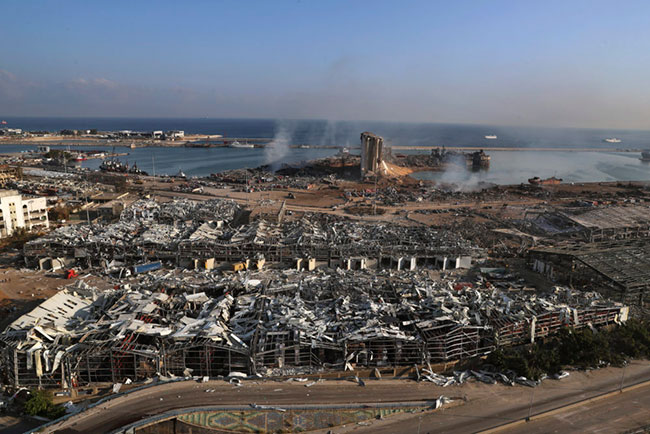 The death toll has increased to 137 and information on numbers of missing persons is presently unavailable, it said.

Lebanon declared a state of national mourning for three days while the Supreme Defense Council declared Beirut a disaster city.  A state of emergency has been declared for a period of two weeks from 04 August 2020. Lebanon is in lockdown status until 10 August 2020.

The statement said that damages to the Chancery and residences of the Embassy officials are being repaired while the Sri Lanka Embassy continues to remain open for queries and serves the public between 0800 hrs to 1600 hrs daily.

Large numbers have been visiting and contacting the Embassy seeking reassurance and comfort, it said.

The distribution of the dry ration programme is continuing and large numbers are requesting for dry rations. The Ambassador continues to have a close dialogue with the United Nations Interim Force in Lebanon (UNIFIL) Peace Keepers and also is in close contact with Lebanese authorities to receive detailed information.

The Embassy said that President Gotabaya Rajapaksa’s message of solidarity and condolence conveyed to President Michel Aoun was delivered on 05 August 2020, which was acknowledged the same day.