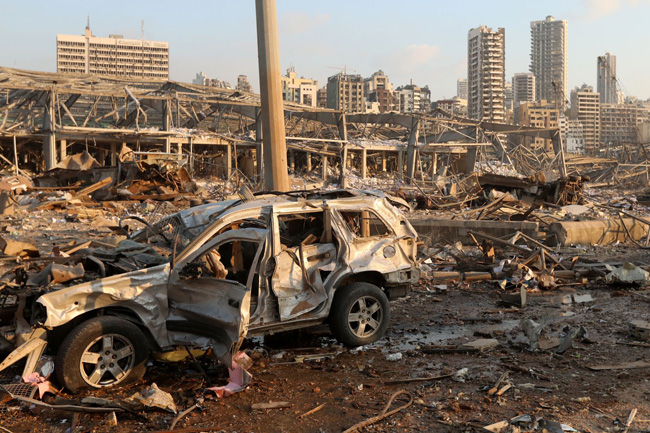 The number of Sri Lankans who were injured due to the catastrophic blast in the Lebanese capital on August 04 has escalated to 14, says the Embassy of Sri Lanka in Beirut.

The injured are currently receiving treatment at hospitals, the Embassy said, adding that none of them are in a critical condition.

Despite the minor damages to the Chancery and residences of the Embassy officials, the Embassy continues to remain open for queries and serves the public between 0800 hrs to 1600 hrs daily, the Sri Lankan Ambassador to Lebanon, Mrs. D.P.C.W. Karunaratne said.

Large numbers have been visiting and contacting the Embassy seeking reassurance and comfort, the Embassy has said.

The explosion is believed to have been caused by 2,750 tonnes of confiscated ammonium nitrate that was kept stored in a warehouse near the port where the incident happened, for six years.

Foreign media reported that the blast had struck with the force of a 3.5 magnitude earthquake.

At least 137 have been killed in the calamity while close to 5,000 were injured. In the meantime, more than 300,000 people have become homeless.

Lebanon declared a state of national mourning for three days while the Supreme Defense Council declared Beirut a disaster city.  A state of emergency was declared for a period of two weeks from 04 August 2020. Lebanon is in lockdown status until 10 August 2020.