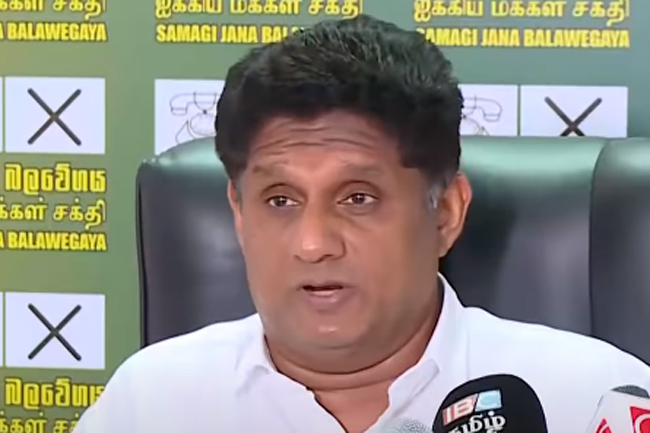 Will not nominate defeated candidates as National List MPs  Sajith

The candidates who were defeated in the General Election 2020 will not be nominated as National List of Members of Parliament, says the Leader of Samagi Jana Balawegaya (SJB), Sajith Premadasa.

Addressing a media briefing today (08), Premadasa, who clinched the second-highest number of preferential votes from Colombo District in the recently-concluded parliamentary election, said the SJB succeeded in embarking on a compelling journey despite the obstacles that came its way.

“This is the only political alternative in the country,” Premadasa said further.

He pointed out that Samagi Jana Balawegaya is the only “political force” in the history of democracy that was successful in garner such a mass force in a short period of time.