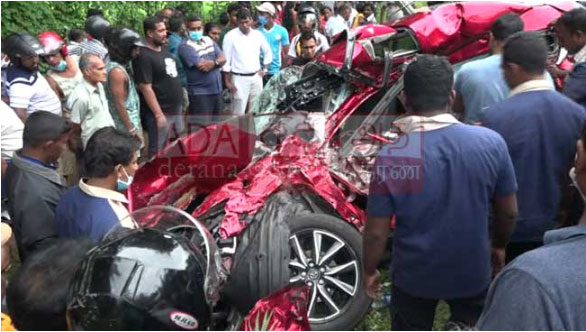 One person was killed after a train collided with a car near an unprotected railway crossing at Pelana, Weligama.

Police said that a train plying from Beliatta to Maradana had collided with the car on the railway crossing last evening (09).

The deceased is a 35-year-old father of one, employed at a tourist hotel in the area.

The car had been dragged forward a distance of around 100m and crashed into a post after being hit by the train.

Residents in the area had managed to retrieve the driver of the car who had been trapped inside and rushed him to the Matara Hospital, however he had succumbed to injuries on the way.