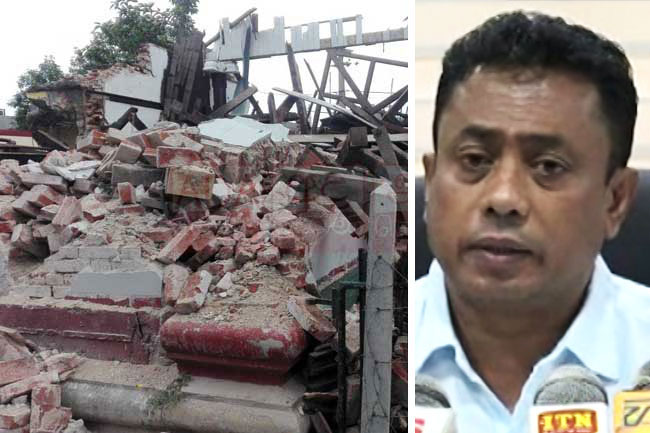 The Kurunegala Magistrate has re-issued warrants for the arrest of Kurunegala Mayor Thushara Sanjeewa and four others in the case filed over the demolishing of the Buwaneka Hotel, a building of historical value in Kurunegala.

Due to the failure by the Kurunegala Police to execute the warrants previously issued for their arrests, the magistrate has re-issued the warrants through the Acting IGP, the DIG and SP in charge of Kurunegala.

The court also issued an order preventing the suspects from leaving the country, the Coordinating Officer of AG told Ada Derana.

This archaeological site has been listed under the provisions of the Antiquities Ordinance No. 9 of 1940.
A five-member committee was then formed by the Secretary to the Ministry of Buddhasasana, Cultural and Religious Affairs, under the directives of Prime Minister Mahinda Rajapaksa to look into the incident.